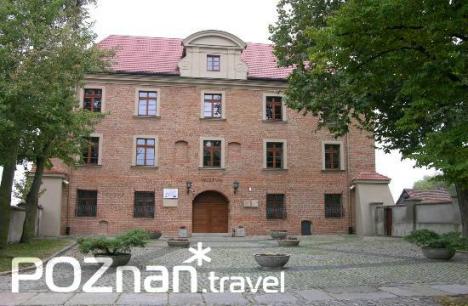 The academy was the first tertiary-level school in Poznań and the first modern humanist university in Poland. It was founded in 1518 by the local bishop, Jan Lubrański, who, aided by King Sigismund the Old, also provided necessary funds to support the work of the school.

It was in its prime in the second quarter of the sixteenth century when Christoph Hegendorfer, an eminent German humanist, became one of the lecturers. The school, named after its founder, provided education to many eminent Poles such as the poet Klemens Janicki, writers Krzysztof and Łukasz Opaliński, the physician Józef Struś and the mathematician, astronomer and philosopher Jan Śniadecki.

The school ceased to exist in 1780 when it merged with the Wielkopolska Academy (the former Jesuit College) to form the Poznań Department School. The building of the academy was adapted to house the chapter library and the seminary. Since 1926 it has functioned as the Archdiocese Archives, the oldest institution of its kind in Poland established by Cardinal Edmund Dalbor in 1925.

The four-wing building of the academy with its tiny courtyard was built in the years 1518-1530. Refurbished several times, it owes its present appearance to the extensive restorations undertaken in the years 1924-1925 following a design by Kazimierz Ruciński. The old plaster was removed in the years 1974-1975 revealing the original façades and since the last refurbishment in 2007 the building has housed the Archdiocese Museum.

A statue of Jan Kochanowski stands next to the building. Kochanowski, though a layman, held the post of titular curate of the chapter of Poznań Cathedral. The statue in the shape of an obelisk adorned with a palm branch, a laurel and a portrait medallion was unveiled to commemorate the 300th anniversary of the poet's death. It was placed here in 2002; earlier, the monument (destroyed during the war and reconstructed in 1984) stood in the square in front of the former cathedral rectory.