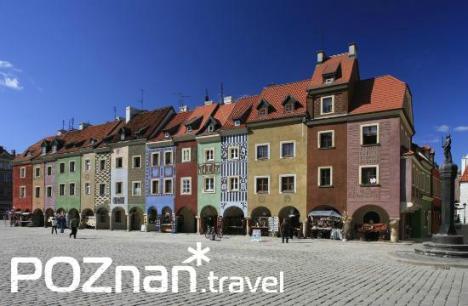 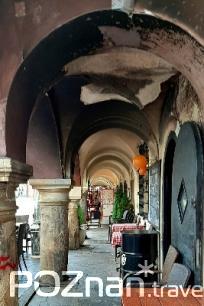 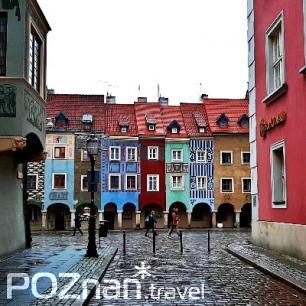 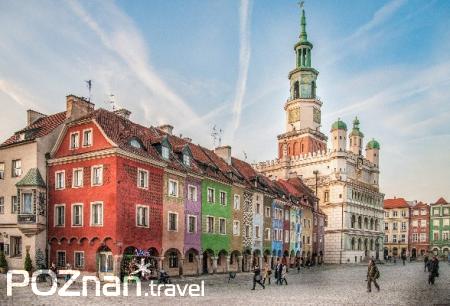 Located to the south of the town hall, the houses were once used for trade purposes. In the Middle Ages makeshift wooden stalls were erected there where herring, salt, binders, torches, candles and other commodities were sold.

In the 16th century the stalls were replaced with narrow houses with Renaissance arcades supported by sandstone columns. The houses featured stalls on the ground floor and apartments on the upper floors. House no. 17 boasts the coat of arms of the merchants' guild consisting of a herring and three palm trees and House no. 24 has the owner's emblem on the capital of the column. The work must have been finished around 1535 judging from the date carved on the capital of the column of House no. 11. The edifice adjoining the merchant houses to the south was built in 1538 and is called the Municipal Chancellery or the House of Scribes. Until the 18th century it was the residence of municipal scribes and presently it houses the Society for the Friends of Poznań founded by Mayor Cyryl Ratajski. The arcades are a popular spot where local artists sell their cityscapes. Kurzanoga [Chicken Leg] Street behind the merchant houses presumably owes its name to a house that once stood there.