Warenkorb des Ausflugsplaners (0)
Startseite > Restaurants > The results of the 5th editon of Wielkopolska Chef of the Year are in!

The results of the 5th editon of Wielkopolska Chef of the Year are in!

This year’s competition task was to prepare a main dish based in Wielkopolska region rump cut OR sirloin eye (participants had to pick one of the two), yeast and asparagus. The meat for the practice and the competition was supplied by  MCKEEN-BEEF whose decision to support this exceptional competition we wholeheartedly applaud.

The summary of the day’s worth of competing was presented at the evening gala. The culinary side of the event was taken care of by a team of excellent chefs from Poznań, lead by Dominik Brodziak.

A little bit of background

The Wielkopolska Chef of the Year competition has been taking place in Poznań since 2001 and has had 10 editions before it was suspended between 2011 and 2013. In 2014, the gastronomy and hospitality establishment has decided to bring the competition back, dedicating it to the memory of chef Rafał Jelewski who died tragically.

Patron of the Competition: Rafał Jelewski (1970 – 2013) – exceptional chef, mentor and coach, successful, with an excellent craft and unique sense of taste. Participant of many prestigious culinary competitions in Poland and abroad, and most importantly, Poland’s representative in the finale of the Bocuse d’Or 2011 competition in Lyon (see video of the preparation: Restaurant Bind Prep). In 2015, a plate with Rafał Jelewski’s name in the Chef’s Walk of Fame in Ostrzeszów was unveiled during a ceremony in his honour. Jelewski’s whole career was devoted to the image and taste of the restaurants of Bazar hotel (before the refurbishment), the HP Park hotel at Lake Malta and Brovaria hotel. He was a great proponent and enthusiast of Wielkopolska regional cuisine and was of the opinion that the best food is defined by simplicity, as it can be both charming and inspiring for highest level work. The best cuisine - as Jelewski was known to say - is created from readily available produce. 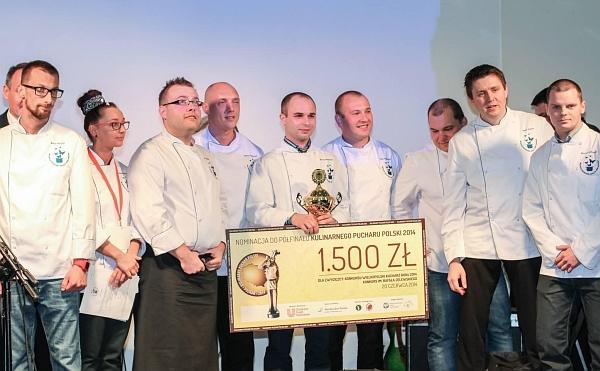