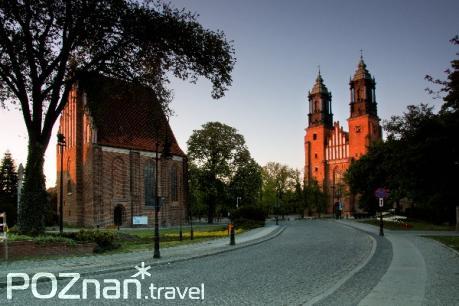 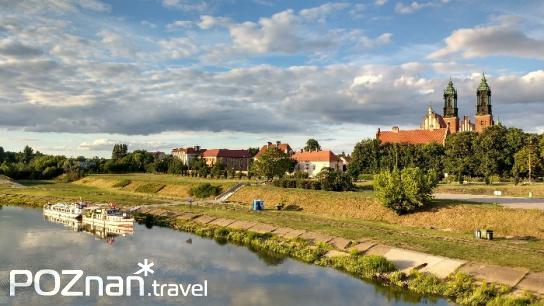 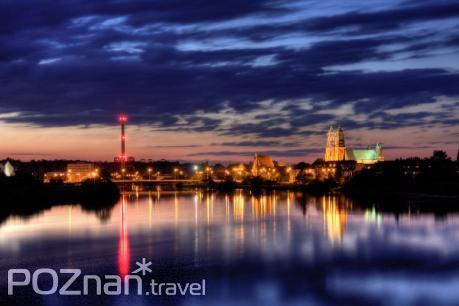 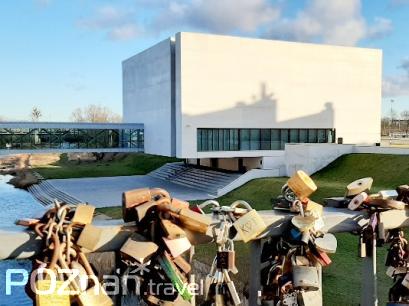 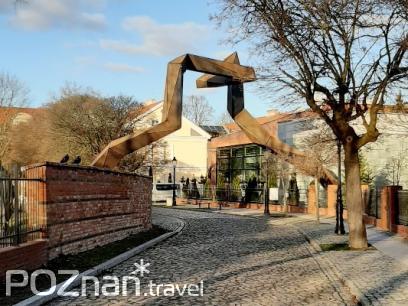 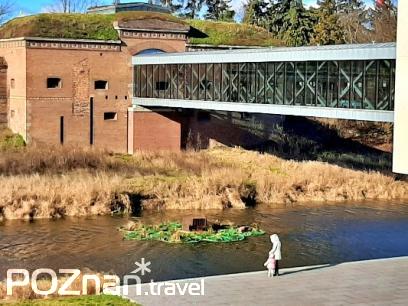 The Cathedral Island (Ostrów Tumski) was one of the first major centres of the Piast-dynasty state. This is where the first Polish bishopric was established in 968.

Built in the same year, the Cathedral was repeatedly damaged by natural and building disasters and wars. Now it is a three-aisle Gothic basilica with pre-Romanesque and Romanesque relics, surrounded by a semicircle of chapels. The two front towers and the three towers over its eastern part are topped with Baroque cupolas. The mid-fifteenth-century Gothic portal has modern-looking bronze doors made in 1979 and showing scenes from the lives of St Peter and St Paul. In a special remains of the pre-Romanesque and Romanesque cathedrals: fragments of walls, of a font and of the tombs of the first sovereigns of Poland. The high altar in the Gothic style with two pairs of wings was made in 1512. In the chapels are numerous tombs of bishops and secular dignitaries (15th-16th centuries). The famous Golden Chapel was erected in 1405 on the site of an earlier one. In the nineteenth century it became the mausoleum of Mieszko I and Boles¸aw the Brave, the first sovereigns of Poland, who are commemorated here with a Byzantine-style sarcophagus and a monument.