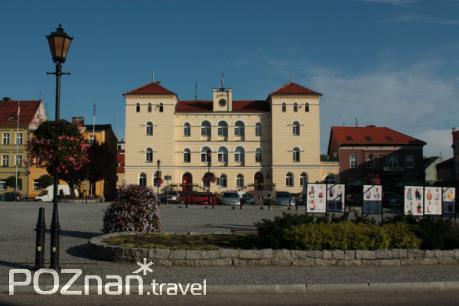 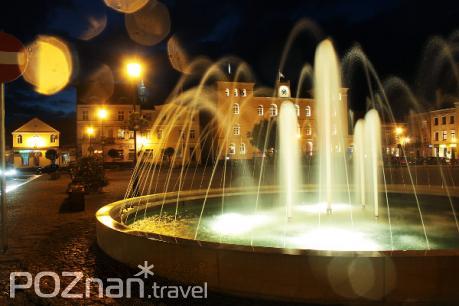 The Market Square, currently the Square of the 20th October, used to be the centre of the medieval town located on an island which is referred to as Ostrów or Kobylec in the document granting the town a charter for the second time in 1393. It took the shape of a (160 m x 90 m) rectangle, typical of medieval towns, at the beginning of the 16th century.

Places of interest in the Market Square are:
•    The 1838 Town Hall, today it is the seat of the town authorities.
•    A monument with a bust of Józef Wybicki of 1981, which commemorates the event when Józef Wybicki was made a freeman of the town.
•    A memorial plaque of 1946 put at the place of execution of 19 outstanding inhabitants of the town shot on 20 October 1939 by a Nazi firing squad. The plaque also commemorates Śrem’s citizens shot on 8 November 1939 at the Zbrudzewo firing range.
•    A plaque in honour of the fallen graduates of the Non-Commissioned Officers School for Minors, which was open in Śrem from 1931 to 1939.
•    A chapel with the figure of the Virgin Mary with the Infant of 1841 founded to commemorate the containing of a cholera epidemic that ravaged the town 10 years before.